These articles are written and placed in the public domain for mainstream media to pick up and use as a first draft. No attribution is necessary, the words stand on their own.

Jacinda: End the war on the struggling class

Serving these hidden homeless is a relatively hidden NZ industry that makes mobile homes – often called cabins – that are either on wheels or skids. They are small, typically under 30 m², unimaginably small for the comfortable class, but appreciated by those for whom this move up into warm, dry, comfortable, durable and affordable housing is a blessing. 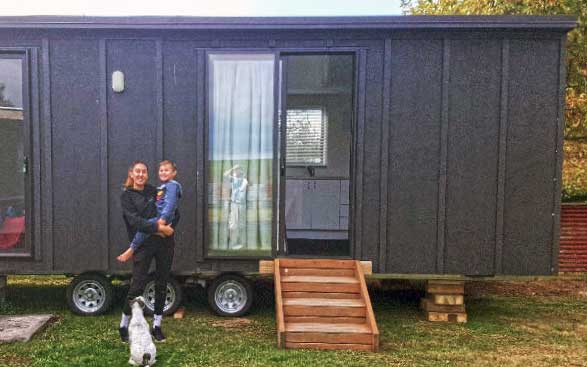 Almost all sell or lease to people with their own support systems, typically whanau/family/friends who own land and give permission to park the mobile home next to the main house. The typical occupants are solo mums with a couple of children, or an elder who needs a bit of supervision, but wants the autonomy of their own bathroom and kitchenette. They don’t need wrap around social services, they need affordable, immediate housing. And most of these needs are transitional – the solo mum gets her life back together, the elder’s health declines or they die, after which the mobile home is towed away or if on skids, trucked away to the next location.

The industry evolved over the past two decades as affordable housing prices disappeared. Homes that cost $75,000 and could be purchased by a solo mum on the benefit, now sell for 10X, even 15X that price. A large part of this price inflation is due to government policies. It is not unusual for a simple building consent to cost $25,000 and take months for approval.

Kiwi entrepreneurs discovered the laws and regulations made a distinction between buildings and what might be called chattel shelter. For it to be a building, it not only had to be occupied by people, but it had to be immovable. The simple answer therefore was to design habitat that remained moveable – or to put it in RMA terminology, ensure it was not fixed to land. Those small businesses began to grow – instead of making two a year, they turn out 20 a month. 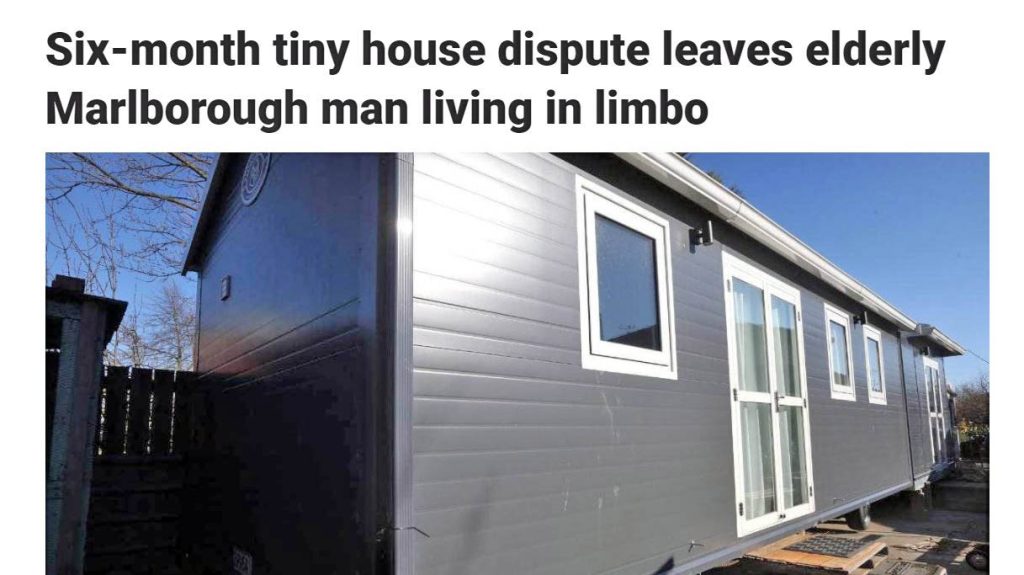 However, in the past several years, local and central government middle-level officials have declared a war on the struggling class. They claim these mobile homes are buildings and must comply with laws and rules that do not fit, cost way too much and take way too long. Using the greater power of government, the industry is at risk of calling it quits; getting out of the poverty-solving business and instead making premium holiday home units for the comfortable class.

It’s government gone mad. It can be reversed in an instant at the cabinet level and in doing so unleash the industry to turn out hundreds, even thousands of units to move the hidden homeless into adequate housing. All the cabinet needs to do is to declare that mobile homes are part of the government’s interim solution to the affordable housing crisis. Send the message down the chain of command to stop harassing the industry and start working with it.

Precolonial Aotearoa can teach 21st century planners a thing or two about sustainable community design. No unemployment, everyone worked. Everyone knew each other, and they managed their own affairs. Their architectural design and master planning was different:

When Te Tiriti o Waitangi was negotiated, the principle values the rangatira sought to have the Crown protect and guarantee were tino rangatiratanga over the

The most ignored words in Te Tiriti however, are to whom those values were guaranteed. In addition to the rangatira and hapu (the principle governing body at the time, iwi was an identity not a governing entity), the values were guaranteed to nga tangata katoa o Nu Tirani (all the people of New Zealand). What this means, and why it is in the Te Reo Māori version but not the English translation can be an explosive topic, but only if it is viewed politically in terms of Pākehā / Māori relationship. Most Māori would agree it would be a good thing for Pākehā to learn more about this indigenous form of community design and its relevance today.

The modern mobile home is akin to the pre-colonial wharepuni, except instead of a wharepaku, the toilet and shower is inside the mobile home. But it does not have to be this way. Visit a marae today, and the toilet block is communal and separate. More importantly, from a building consent perspective, if a wharepuni does not have a kitchen or bath, it can be an approved unit under the 30 m² exemption to council building consent.

Rumour has it that the war on mobile homes came from an informal cabinet discussion in which the cabinet determined it did not want American-style trailer home parks. While many are far nicer than the trailer-house trash image presented in US movies, they do tend to be sterile, architecturally bland, and populated with either retired people or those on the benefit who live there solely because they have no other affordable alternatives. Most parks are owned by investors who become rich on the ground rent.

The NZ style wharepuni are more creative, and most are currently parked next to the family home, providing an accessory unit for a solo mum or grandparent. The opportunity to create kainga is where the real attraction lies. To do so, one must understand the essential principle of tino rangatiratanga over taonga katoa.

A kainga is a complete, self-contained community. It has its own self-supporting local economy. It has a light environmental footprint because it is not a bedroom community, but one in which many day-to-day destinations are within walking distance. Cars are parked outside, making the kainga safe for children and old people.

It can be done. It’s worth doing. All it takes is intention and support for master planning.

Labour used to represent the working class – blue collar workers who were exploited by the capital class – the owners of industry. New Zealand no longer works that way. Very few Kiwis work in NZ factories, most closed as manufacturing moved to China.

New Labour’s constituency are public servants, consultants and to some extent service workers.